So what will this mean for the future of LinkedIn?

The huge announcement June 13, 2016 that Microsoft buys LinkedIn for 26 Billion took most people by surprise.  It is too early to say what the future will be for LinkedIn, but many speculations have been made about LinkedIn’s future following the stock dive earlier this year.

The deal should be completed by December provided there are no regulatory obstacles and LinkedIn will continue to operate as its own brand with Jeff Weiner at the helm.

According to Jeff Weiner, LinkedIn CEO the buy is more about collaboration and shared mission and visions.  For LinkedIn, it was to connect the world’s professionals to make them more productive and successful, and for Microsoft, it was to empower every individual and organization in the world to achieve more. Both companies focus on sales professionals so this acquisition makes sense.

“Today is a re-founding moment for LinkedIn. I see an incredible opportunity for our members and customers and look forward to supporting this new and combined business,” said Hoffman. “I fully support this transaction and the Board’s decision to pursue it, and will vote my shares in accordance with their recommendation on it.” – Reid Hoffman, chairman of the board, co-founder and controlling shareholder of LinkedIn

This is a marriage of a software giant and a social platform, so try to imagine the possibilities from the integration of Microsoft Outlook, Calendar, Office, Windows, Skype, Dynamics and Bing?  The possibilities for software development will be incredible and needed. This year so far there have been many software glitches – one day a feature works and the next day it doesn’t.  LinkedIn can benefit from consistency!

Microsoft Buys LinkedIn 26 Billion and Beyond

According to an article in the NY Times, “LinkedIn could help Microsoft accelerate its shift to the internet by giving it a large online property that has become the de facto standard for posting résumés online. The site is heavily used by recruiters for finding new workers. Microsoft is one of LinkedIn’s biggest customers.”

Another important point made by Tech Crunch, “Microsoft has never been a massively successful company when it comes to social networking — although it smartly invested in Facebook before it went public, and as we have reported before it was apparently interested at one point in trying to make a bid to buy Slack for $8 billion. LinkedIn’s social network will give it a significant foothold in this area.”

I for one am not a naysayer and despite the challenges with LinkedIn’s technology over the past year, it is still a powerful platform for professionals worldwide. For those committed to investing time in LinkedIn it has paid off and for those seeking jobs, it continues to be the #1 resource.

I believe there will be great things to come for LinkedIn and for all of us users, so let’s wait and see what advancements start to come out and of course watch for all my email updates.  I will keep you posted. 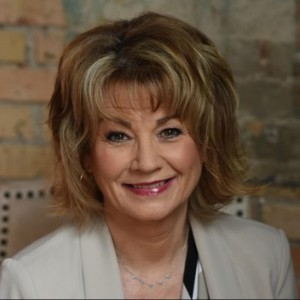 Done For You Profile Update

Gaining exposure in a noisy online world –
how will you stand-out?

Let’s Talk About Your Professional Goals!

Linked In For Business is owned & operated by Marketing Dish LLC.